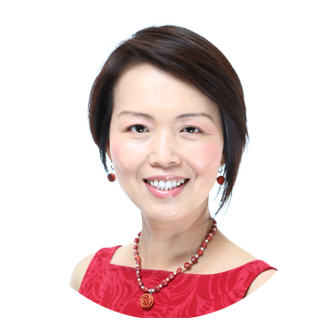 Amy Li is Founder of Dance4Healing, a telehealth for music and dance startup inspired by her own fight against stage IV cancer, a partner for Stanford Cancer Supportive Care Program. A UX, design and branding expert for global brands such as Yahoo, AT&T, VW, Playstation. Her first iPhone app Have2P was awarded “App of the Week” in the New York Times, featured in Gizmodo, praised as third on the list of11 Coolest App ever. A graduate from Singularity University, known for empowering future leaders to use technology to positively impact the world. A board of director of Humanity+, an international non-profit advocate using technology to expand human capacities. 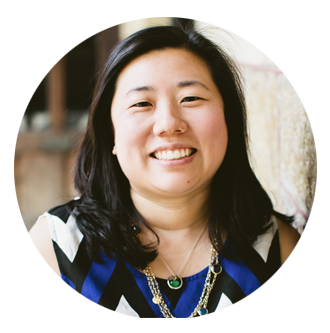 Phyllis Myung is a freelance writer, consultant, and speaker. Her passions lie in mental health advocacy for people of color and giving a voice for AAPI, especially through her blog, napkinhoarder.com, where she writes about her own Asian American experience and growing up with immigrant parents. Phyllis is a survivor who battles her depression on a daily basis. Through much encouragement and support from friends and her faith community, she began her journey through therapy and medication to fight her depression. Her biggest hurdle has been rising out of shame and misinformation of …(more) mental health illnesses, especially in the AAPI community. After sharing her story, she has been able to help others to battle their own mental health illnesses, shame and misinformation as well as being able to speak truth of their worth and value. (less) 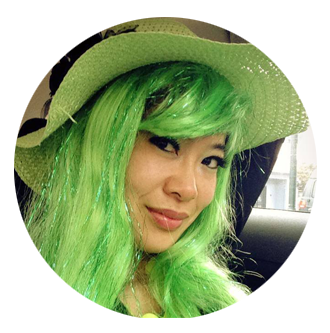 Emily Wu Truong (吳怡萱), also known as “Lady in Green,” is nationally-recognized speaker for mental health awareness from the San Gabriel Valley of Los Angeles. She is a Motivational Speaker & Mental Health Advocate, holding a Bachelor’s Degree in Psychology & Social Behavior from UC Irvine. On July 29, 2013 during a Legislative Briefing on Asian American Mental Health in Rosemead, CA, Emily stated, “I will not end my life because I have a story to share. The more we talk about mental health, the more we will alleviate the stigma.…(more) There is no shame. There is no shame.” That day marked the beginning of Emily’s journey of grassroots advocacy to alleviate the stigma on mental health in her community. As an outspoken advocate, Emily works with numerous campaigns, mental health organizations and committees. She serves as a spokeswoman for the California Mental Health Movement “Each Mind Matters,” is the Vice President of Multicultural Outreach on the Board of Directors of NAMI San Gabriel Valley, serves as the Chair of the Asian Coalition, and is a member of the Client & Family Leadership Committee for the Mental Health Services Oversight & Accountability Commission (MHSOAC) in Sacramento. As a motivational speaker, Emily has transformed her story of growing up with depression to a story of self-acceptance to inspire others to also recognize the infinite value of their own lives and find meaning in life struggles. She utilizes her story to portray mental health as a transformative means towards self-actualization, self-empowerment and understanding one’s capacity to become emotionally resilient. She has been invited to speak at UC Berkeley, USC, UCLA, UC Irvine, Raytheon (https://goo.gl/UT05t1), and for Epoch Times, L.A. Care Health Plan and International Bipolar Foundation (http://goo.gl/SLpgba). She is best known for her speeches “Believing in Me: My Journey to Finding My Self-Worth,” “Breaking Down the Walls of Perfectionism” and “Coping with Stigma & Discrimination: How I Became a Stronger Mental Health Advocate.” In recognition of Emily’s heartfelt efforts to alleviate the stigma around mental illness (https://goo.gl/Kx0xC9), Emily was the honoree for Senator Ed Hernandez’s 2015 Woman of the Year Award and the 2015 Youth & Young Adult Peer Leadership Award at the 29th Annual National Alternatives Conference held in Memphis, Tennessee. Emily’s community outreach efforts have also been recognized by Congresswoman Grace Napolitano, Co-Chair of the Congressional Mental Health Caucus. Emily has become a role model, demonstrating self-initiative and an indomitable will, delivering her message that with help, there is hope. (less) 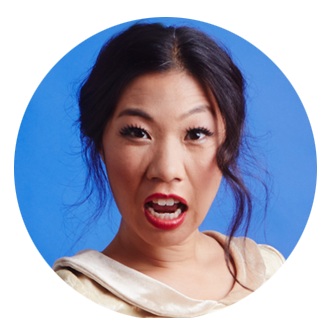 Kristina Wong was featured in the New York Times’ Off Color series “highlighting artists of color who use humor to make smart social statements about the sometimes subtle, sometimes obvious ways that race plays out in America today.” Her show “Wong Flew Over the Cuckoo’s Nest” looks at the high rates of depression and suicide among Asian American women and has toured across America since 2006. It’s now a film distributed by Cinema Libre Studios. (www.flyingwong.com). She’s been a commentator for American Public Media’s Marketplace, PBS, Jezebel, xoJane, Playgirl Magazine, Huffington Post. On TV she’s been on Comedy Central’s The Nightly Show, FX’s Totally Biased, General Hospital, Nickelodeon’s “Nicky Ricky Dicky and Dawn,” and Myx TV’s “I’m Asian American and Want Reparations for Yellow Fever.” She’s currently touring “The Wong Street Journal” across the country, navigates privilege and economic disparity and was researched in post-conflict Northern Uganda. 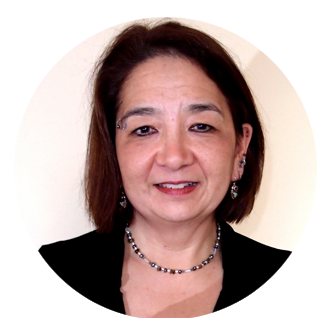 Dr. Pata Suyemoto is an independent feminist scholar, writer, educator, and mental health activist. She earned her PhD. in education from the University of Pennsylvania and did her research on multicultural education and issues of race and racism. She has spoken and written about her struggles with depression (including being interviewed by The Boston Globe and Psychology Today) and is a co-founder of The Breaking Silences Project. She is a member of the planning committee for the annual Asian American and Pacific Islander Mental Health Forum and a member of the Multicultural Advisory Committee for the Massachusetts Department of Mental Health. She volunteers for Families for Depression Awareness where speaks to media about her experiences with negotiating her depression. Dr. Suyemoto is also an artist who is particularly interested in collage and three-dimensional found art. She is avid cyclist, and bicycle riding instructor. During the summer of 2012 she and her partner rode their bicycles across the United States from Massachusetts to Washington State. 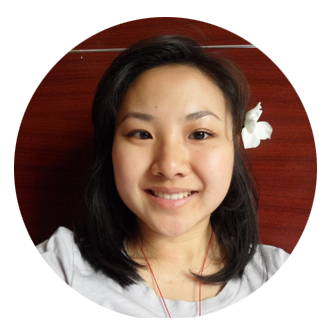 Angela Yutong Law is a poetry and prose writer who hopes to find healing in herself and others through narrative. She combines her love of photography and words in her creative project, The Diaspora Narratives. She aspires to center women of color through giving them the space to tell their story on her project as well as through meaningful relationships with others. Angela uses her narrative on surviving depression, anxiety and trauma to inspire and help others. When not surrounded by adults, Angela finds joy in talking to children or young adults inside or outside of the classroom. She finds connections to children and young adults valuable and believes in teaching truth to power through a social justice-centered education. 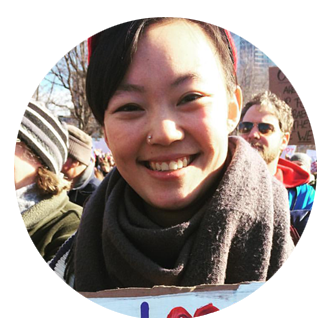 Lily Luo is a community organizer in Boston, working with the Massachusetts Senior Action Council as part of a faith rooted social justice fellowship, Life Together. She recently graduated from Wellesley College with a degree in Political Science and English. She is poet who writes about sexual assault, mental health, family, transformative justice, queer love, and being Asian American. She thinks Grace Lee Boggs and Gloria Anzaldúa are her spirit goddesses. 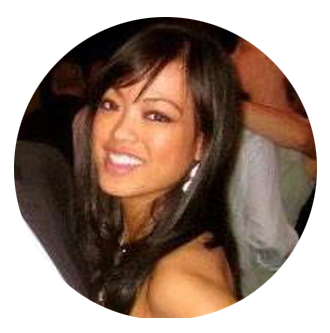 Kim N. Le is the creator of RyanDoesResi.com, originally an outlet for her to anonymously document her own mental health struggles, but now a popular psychologist-recommended “insider” resource with hundreds of thousands in readership all over the world. Kim blends raw honesty, authenticity and humor to help break stigma surrounding mental illness, with focus on eating disorder and substance abuse disorder recovery.…(more) One therapist described, “Her writing style is like sitting next to a friend, listening to a conversation. It definitely helps you understand what a person might be feeling like when they have an eating disorder, in residential, or just a regular, human day. Good read.”
Through her struggles, Kim has found her true passion in mental health advocacy, using her voice as a platform to encourage those suffering to speak out and get the help they deserve. She is a dedicated speaker, writer and organizer, recently sharing her story on the TEDx stage, NBC and other conferences and forums. Kim will be traveling to the International Conference on Eating Disorders in Prague this summer. Kim loves reading, blogging, volunteering, dance partying, learning, being outdoors, playing pranks and Marvel. She can be reached at kim@ryandoesresi.com. (less) 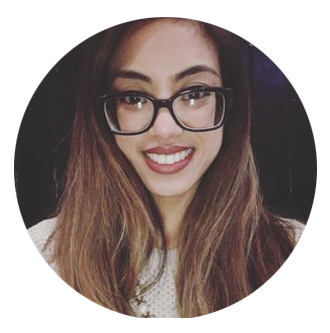 Miglia Cornejo is a research assistant at Harvard Medical School. She is a graduate of Northeastern University and Boston University. At Northeastern, she was involved with the Asian American community serving student leadership positions with Barkada, NEU’s Filipino Student Organization and Co-Chair for the Pan Asian American Council. It was through her involvement that she learned about the issues facing the Asian American community and the stigmas around mental health.…(more) While at Northeastern she helped create the Support Asian American Students Initiative to advocate for the needs of students. Miglia continued pursuing her interests learning about Asian American mental health in graduate school where she wrote her thesis on the risk and protective factors for depression among Asian American college students. She was involved in the 2017 Let’s Talk Conference sponsored by the Harvard Graduate School of Education where she helped lead one of the breakout sessions titled “Supporting your child’s mental health through high school and college (less)